Dr. Donnelly completed both her Bachelor’s and Master’s degrees in Science at the University of British Columbia, before attending medical school in Calgary, AB. She returned to Vancouver to complete her specialty training in Obstetrics and Gynecology, during which she received the Berlex Award of Excellence and the Ray Vaughn Resident Awards. Dr. Donnelly is now a Clinical Instructor with the University of British Columbia Medical School.

Carolyn went on to join Lion’s Gate Hospital’s Department of Obstetrics and Gynecology in 2009, where she has established a well-respected and successful practice, and serves as the Head of the Perinatal Morbidity and Mortality Committee. Her special interests include minimally invasive surgery/procedures and high-risk obstetrics. 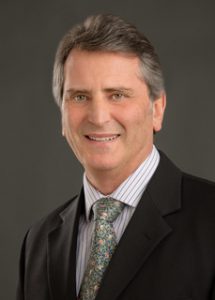 Dr Stephen Kaye is an Obstetrician Gynecologist in North Vancouver B.C. He is a Clinical Associate Professor in the Department of Obstetrics and Gynecology at the University of British Columbia (UBC).

Dr Kaye received his MBBCh degree in 1983 from the University of the Witwatersrand in South Africa. He emigrated to Canada in 1985 and practiced as a family physician in Saskatchewan until 1989. Dr Kaye did his residency in Ob/Gyn at UBC. He is a Fellow of the Royal College of Physicians and Surgeons of Canada and has been in full time clinical practice in North Vancouver since 1993. Dr Kaye has served on the National Council of the Society of Obstetricians and Gynecologists of Canada (SOGC) 2007 – 2013. He is a Past President of the Society of Obstetricians and Gynecologists of B.C.

He is an experienced clinician who has consistently strived to be at the forefront of his specialty. During 24 years in specialist practice he was an early adopter of Minimally Invasive Surgical techniques and technologies.He performed one of the first minimally invasive laparoscopic hysterectomies in B.C. in 1995, the first mesh sling procedures for urinary incontinence in 1998 and pelvic organ prolapse in 2005. He has a high volume gynaecology practice including Minimally Invasive and Urogynecologic procedures.

The introduction of the Mona Lisa Touch into his practice is yet another example of staying at the forefront of Women’s Health Care. Dr Kaye believes that this treatment will be of significant benefit to women suffering from the genitourinary syndrome of menopause which includes vaginal dryness, pain with sex, urinary symptoms of frequency, urgency and mild incontinence. It is also beneficial for treating Lichen Sclerosis a vulvar skin condition.

A full gynecological evaluation is essential before undergoing treatment with the Mona Lisa Touch. Dr Kaye’s experience and care will help you decide if this treatment is the right treatment for you.

Maureen McGrath RN is in clinical practice at the North Vancouver Women’s clinic where she sees patients with vaginal, bladder, bowel and sexual health issues. She also does pessary care for patients with pelvic organ prolapse.

Maureen hosts the Sunday Night Sex Show on News Talk 980 CKNW, a live listener call-in radio program. She is a TED speaker on the Sexless Marriage and is Executive Director of the Women’s Health Initiative Network an organization that aims to raise awareness about uterine, vaginal, bladder and sexual health.
She is author of the book, Sex & Health: Why One Can’t Come Without the Other. She is the 2015 recipient of the Vancouver Board of Trade Community Catalyst award. She blogs on vaginal health at 50 Shades of Pink. Her website is backtothebedroom.ca